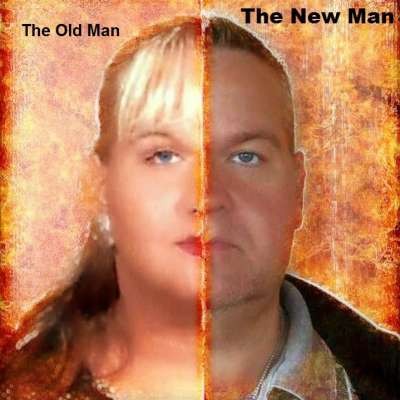 Loving Them To Life! Destroying Strongholds! Exposing The Darkness! Furthering The Kingdom! Tearing Down An Empire!

David has a powerful testimony of deliverance from a sexually perverted life, including homosexual & transgender prostitution, drug addiction, gambling, alcohol, and so on, as well as being healed from his deathbed with full blown AIDS, no immune system, infections in his brain and blood, severe Osteoporosis, diabetes, and the list goes on and on.

What a Mighty GOD we serve!

David was sexually abused as a child. He contracted HIV/AIDS at age fourteen. By age 37 was on his deathbed. That was in 2009. But GOD!!

With his body weakening, in a hospital bed that was placed in his bedroom at home, David knew he was headed for hell. He knew that hell was what he deserved. He cried out to GOD in desperation. Afraid to die and he didn’t want to go to hell. David Arthur hit rock bottom and turned to JESUS. JESUS heard David’s cry.

JESUS not only rescued David from the captivity of his addictions, but freed him from physical & spiritual death. He is healthy and strong, today. Hallelujah!! This is a miracle!

He was so far gone that the doctors sent him home to die, giving him less than 3 months to live. David prayed for weeks, repenting/confessing of all his sins - in detail, as he prepared for death.

Then one day David woke up with an incredible Peace inside, what he calls his "Moment of Grace". A Peace like he had never experienced. He was free of the deception and sin that held him captive!

David still believed he was going to die, but he was no longer afraid of death and knew that he was not going to hell. He was at Peace with himself, because he knew, without a shadow of a doubt, that he was Forgiven. David prayed that through his death others would come to know JESUS.

The LORD, JESUS CHRIST, touched David. His bones started getting stronger. Within weeks David no longer used a walker to stand up and get around. Eventually he was standing up straight, something he hadn't done in almost 2 years at that point.

Then the doctors told him his diabetes was gone. After that, David stopped most of his medications. And within months the AIDS virus was no longer detectable
in his system. He was undetectable. His immune system returned. Amen!

Depression, anxiety, PTSD and many other "diagnoses" were gone. David knew that those were not "diseases" at all, just symptoms of being in the world.

He was no longer 'of this world'.

GOD healed him!
​
It’s a miracle! And now David spends his time giving GOD the Glory for his new life.

You don't want to miss hearing David tell of GOD'S Amazing Grace and the Freedom from any & all sin, addiction, strongholds and even habits!